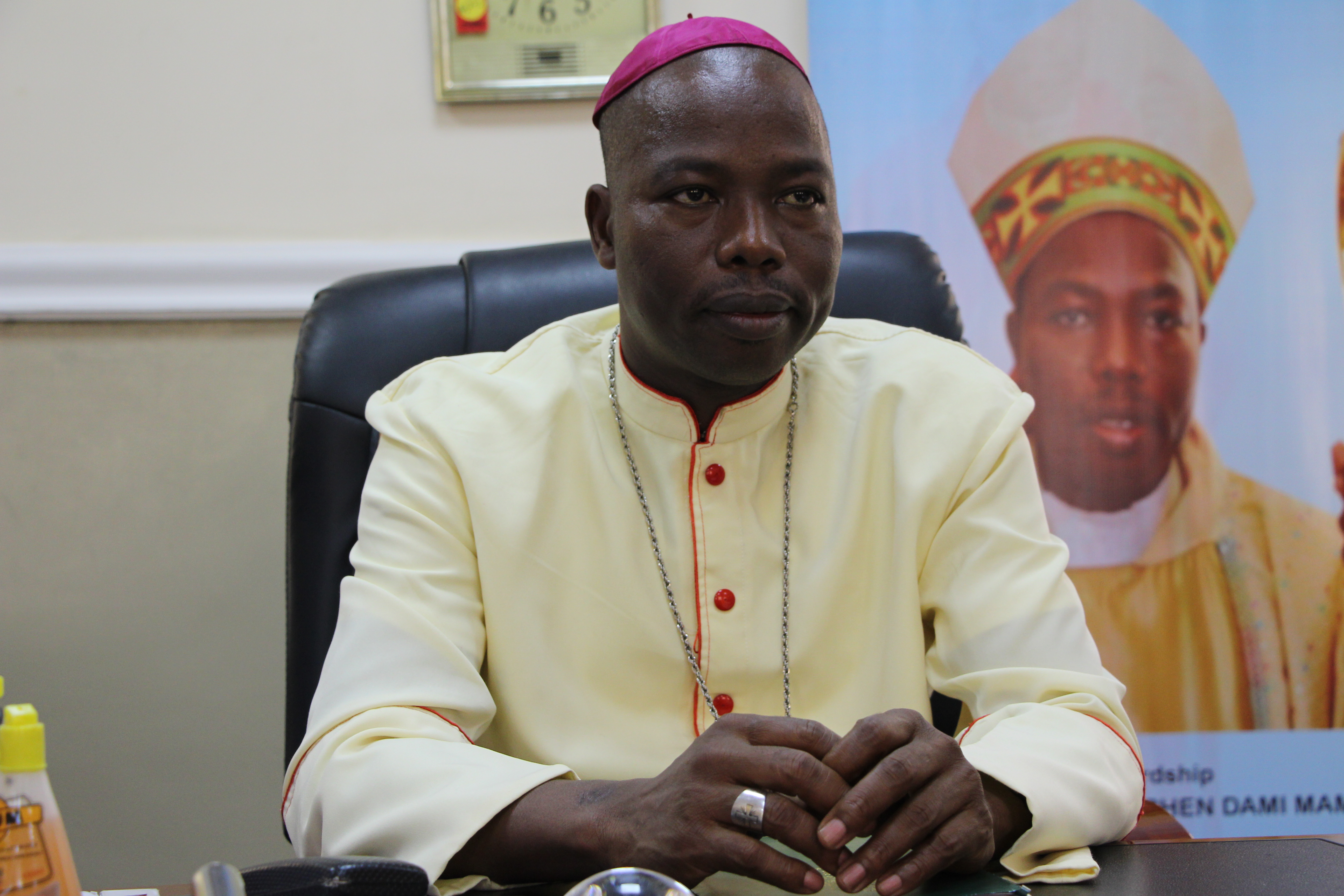 The Bishop of Yola Diocese Most Rev. Stephen Dami Mamza was born on November 30th 1969 in Bazza, Michika Local Government Area of Adamawa state, and ordained a priest in 1996 under Maiduguri Diocese. After completing primary school education at Ldada primary school in Bazza between 1976 to 1982, he proceeded to St. Peter’s seminary for his secondary school education from 1983 to 1988. He proceeded to St. Thomas Aquinas major Seminary Makurdi where he studied philosophy from 1988 to 1991 and went further to St. Augustine’s Major Seminary Jos for Theology between 1991 to 1995. He holds a diploma in Religious Studies from Ibadan and a Bachelor of Sacred Theology from Urbaniana University Rome. Prior to his appointment as Bishop of Yola Diocese, he undertook an MA in Development Studies in Kimmage Dublin, Ireland.

After the demise of Late Bishop Christopher S. Abba in 2010, His Holiness Pope Benedict XVI appointed him Bishop of Yola Diocese on Friday 18th February 2011.

The Bishop is also a Founding Member Adamawa Peace Initiative (2013 to date), a Member Institute of Chartered Mediators and Conciliators (ICMC) since 2017. And dear to his heart is the internally displaced persons whom he manages at the St. Theresa’s Cathedral Camp for the Internally Displaced Persons, Yola since 2014.